Nine F&M Bank employees added soil and planted a vegetable garden behind Mercy House, a nonprofit that shelters homeless families while helping them save for and find affordable housing, on North High Street. 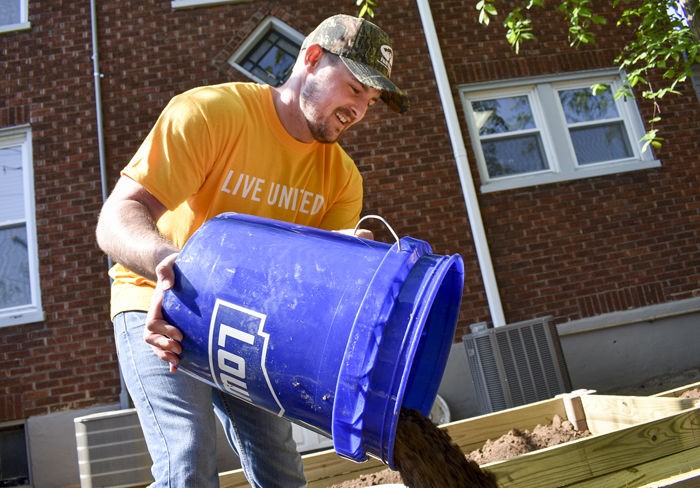 Jordan Dean of Elkton pours topsoil into a vegetable garden bed Wednesday
morning at Mercy House. Dean volunteered to spend his day planting the garden
along with eight others from F&M Bank for United Way’s Day of Caring.

Wednesday was a record-breaking day for the United Way of Harrisonburg and Rockingham County as 629 volunteers came out for the nonprofit’s annual Day of Caring.

The event, which began in 1992, matches volunteers with various projects in the area, helping nonprofits, organizations and homeowners with yard work, maintenance and administrative work, among other things.

This year, the United Way sought a variety of projects for people of all ages and with different skills, Toni-Holsinger said, which likely helped attract more volunteers.

“It’s amazing,” she said. “It also is a testament to our local businesses, because a lot of these people are doing this on work time. It’s business leaders that are saying, ‘This is really important. Take a work day and go and serve.’”

Nine F&M Bank employees added soil and planted a vegetable garden behind Mercy House, a nonprofit that shelters homeless families while helping them save for and find affordable housing, on North High Street. Clients will eat the vegetables in the summer, said Shannon Porter, executive director of the nonprofit.

The free labor “is huge,” Porter said, as the shelter’s staff don’t need to take time away from running the operation. Mercy House also doesn’t have the money to hire someone to complete the projects, he said.

“When someone is willing to donate their time and effort to us, it’s a real blessing,” Porter said. “It’s a real gift.”

Josh Hale, 41, of Harrisonburg, who has volunteered for the Day of Caring the last six or seven years, said he showed up at Mercy House on Wednesday to give back to the community and support people in need.

“It certainly helps all the organizations in the community with projects that they don’t have the resources to do,” he said. “A lot of nonprofits that are just getting by on a budget need additional help to get things done in the organization … so they can thrive.”

Kelsey Wakeman, 25, of Elkton, who also volunteered with the F&M Bank team, said they chose to work with Mercy House to support its mission.

“They work directly with families and housing children,” Wakeman said. “No child should ever have to go without a home. So, the cause just spoke to my heart.”

“We’re just so grateful for the great response and having more than 600 people giving their time,” she said. “We really do hope that number can just go up.” 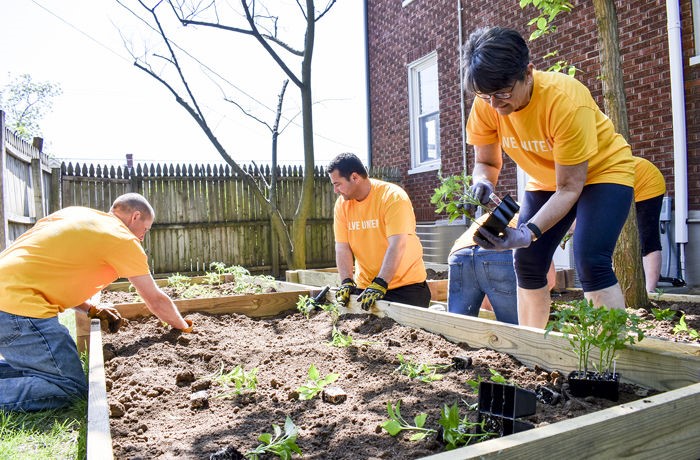 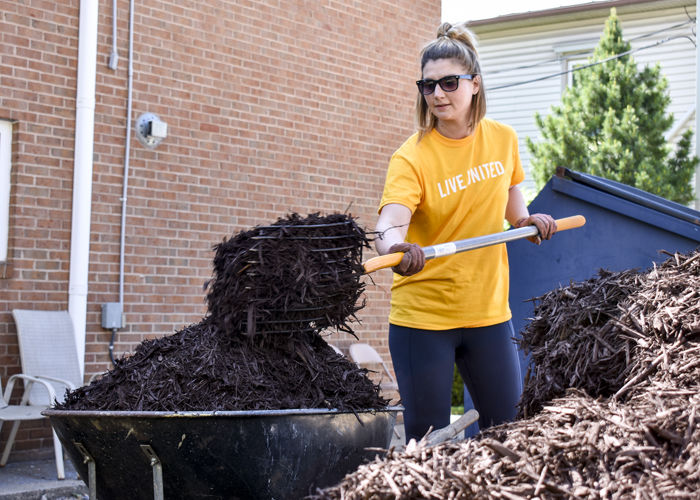 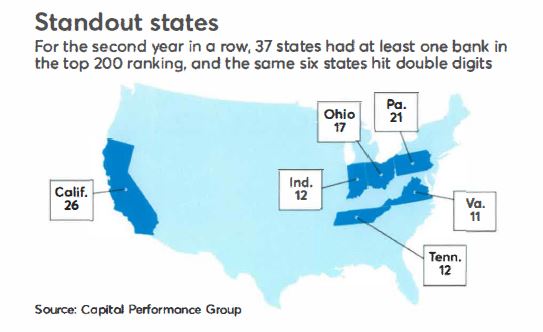