Before you can make the transition from renting to owning your home, you might need to have a substantial down payment, typically 5 to 20 percent of the home’s value. The American Bankers Association suggests the following tips to help save for it:

Start by determining how much you’ll need for a down payment. Create a budget and calculate how much you can realistically save each month – that will help you gauge when you’ll be ready to transition from renter to homeowner.

Planning ahead, it’s a good idea to play with numbers and calculate what your estimated monthly payment might be. F&M Mortgage offers a Mortgage Loan Calculator that helps simplify the budgeting process.

Set up a separate savings account exclusively for your down payment and make your monthly contributions automatic. By keeping this money separate, you’ll be less likely to tap into it when you’re tight on cash.

It’s a good idea to check rates for your car insurance, renter’s insurance, health insurance, cable, Internet or cell phone plan. There may be deals or promotions available that allow you to save hundreds of dollars by adjusting your contracts.

With online banking, keeping an eye on your spending is easier than ever. Track where most of your discretionary income is going. Identify areas where you could cut back (e.g. nice meals out, vacations, etc.) and instead put that money into savings.

Many states, counties and local governments operate programs for first-time homebuyers. Some programs offer housing discounts, while others provide down payment loans or grants.

Eligible first-time homebuyers may qualify for one of the many low to no down payment loan options through VHDA. Additionally, ideal for first-time home buyers, and open to all qualified borrowers, F&M Mortgage offers a no-PMI mortgage without income limits. If you’re looking for a no down payment mortgage, F&M’s Spark Loan might be perfect for you.

Saving enough for a down payment can be daunting. To avoid getting discouraged, break it up into smaller goals and reward yourself when you reach each one. If you need to save $30,000 total, consider treating yourself to a nice meal every $5,000 saved. This will help you stay motivated throughout the process.

Flexible lending options from a team of local lenders familiar with your community make F&M Mortgage the ideal lender for your home loans. In-house decision making simplifies the process and competitive rates get you the most for your money. Get started now!

Are you a first-time home buyer? Check out our guide for Virginia!

This message is to inform you that F&M Bank’s Bonus Rewards Customer Referral program will be coming to an end July 31, 2020. We apologize for any inconvenience this may cause and thank you for referring friends through this program.

At this time, if you are enrolled in Bonus Rewards, all existing points can be redeemed through the expiration date printed on the applicable certificate; no new points will accrue after July 31, 2020. To check your point balance, or redeem points, visit fmbonusrewards.com and login using your account credentials. This website will remain operational through July 31, 2022.

Points will no longer be offered as a card member benefit of the My Rewards Platinum and Gold Debit Card Program as of July 31, 2020. All additional program benefits will remain.

Can I still redeem rewards points?

Can I still earn points by using my debit card?

Can I still earn points by referring friends or family members?

What happens to my points if I don’t use them?

All unredeemed rewards points will expire if not used by the expiration date printed on the applicable certificate.

Can I still receive cash back by using the merchant portal for online shopping?

Can I still earn points by using my premium debit card?

Points will accrue through July 31, 2020. Following that date, rewards points will not be offered as a card holder benefit.

Will any other premium debit card benefits be impacted?

Rewards points will not be offered as a card holder benefit. No other benefits will be impacted.

If you have any comments or questions regarding the Bonus Reward Program, please do not hesitate to reach out to your nearest branch or contact us online.

F&M Bank’s senior leadership team and board of directors welcome Garth Knight to the organization as Executive Vice President and Chief Lending Officer. Mr. Knight joins F&M Bank with over 15 years of banking experience. He comes to the organization from Wells Fargo, based in McLean, Virginia, where he served as Business Acquisition Manager for the Mid-Atlantic region. 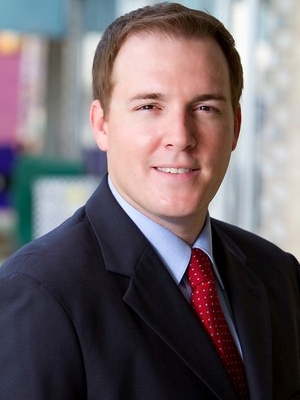 Prior to his role as Business Acquisition Manager, Mr. Knight oversaw the Carolinas Region as a Business Banking Manager. His experience also extends to retail, mortgage and auto lending in South Carolina, Georgia and Florida markets. Mr. Knight earned a Bachelor of Arts in Communications at Newberry College in Newberry, South Carolina.

“I am thrilled to be part of the F&M family”, says Mr. Knight. “The Shenandoah Valley is an area I have grown to love over the years, and I could not be more excited to become a member of this outstanding community.”

F&M Bank’s President and CEO, Mark Hanna commented, “We are delighted to welcome Garth to the F&M Bank family. His skills and experience will be an asset to lead our sales efforts as we aggressively seek to grow strong commercial banking relationships in the Shenandoah Valley. Garth has a background successfully coaching, mentoring, and building teams that will bring the best service possible to our client relationships.”

F&M Bank announced today that it has processed more than 600 loans totaling approximately $60 million under the Small Business Administration’s Paycheck Protection Program (PPP) to help local small businesses support payroll and related costs, saving numerous jobs within the Shenandoah Valley. The average loan size was approximately $95K as of May 26, 2020. The PPP, which was originally launched on April 3 to address economic challenges caused by the COVID-19 pandemic, provides forgivable, government-guaranteed loans for the nation’s small businesses, which account for roughly 48 percent of the U.S. workforce.

“As relationship bankers and dedicated members of this community, we are doing everything we can to protect the vibrancy of our small businesses, which serve as the economic engines for our local economy,” said Mark Hanna, President & CEO of F&M Bank. “I’m so proud of our staff, who have worked around the clock to process these loans and ensure that critical funds were able to get in the hands of those who needed it most. We will continue processing applications until all remaining PPP funds are accounted for.”

In addition to its PPP funding efforts, F&M Bank continues to help the community during this time. Driven by the organization’s core value of community betterment, executive management put a plan in motion to donate $100,000 to establish loan and grant programs throughout the bank’s Shenandoah Valley footprint. To ensure this donation was properly managed and distributed, F&M Bank partnered with various community organizations and county governments. From clothing boutiques to coffee shops and eateries, locally owned and operated institutions were able to receive much-needed relief prior to the establishment of the CARES Act.

“Community banks stepped in to provide a helping hand to local small businesses—something that they do during both good times and challenging ones,” Independent Community Bankers of America President and CEO Rebeca Romero Rainey said. “Providing more than half of the nation’s small business loans, community banks prioritize the needs of their local customers and communities and quickly adapt and respond during times of crisis. By providing the lion’s share of PPP loans, community banks have served an essential role in helping small businesses survive amid COVID-19, while saving countless jobs across our nation.”

According to the SBA summary of loan approvals through May 16, lenders with less than $50 billion in assets accounted for nearly 65 percent of approved loans—totaling 4.3 million—and more than 62 percent of the approved dollar amount—estimated at $513 billion since launch of the PPP. Nationwide, community banks have received an average of nearly 200 loan applications through the program ranging in size from less than $50,000 to more than $500,000, according to a recent ICBA survey.

About ICBA
The Independent Community Bankers of America® creates and promotes an environment where community banks flourish. With more than 50,000 locations nationwide, community banks constitute 99 percent of all banks, employ nearly 750,000 Americans and are the only physical banking presence in one in three U.S. counties. Holding more than $5 trillion in assets, nearly $4 trillion in deposits, and more than $3.4 trillion in loans to consumers, small businesses and the agricultural community, community banks channel local deposits into the Main Streets and neighborhoods they serve, spurring job creation, fostering innovation and fueling their customers’ dreams in communities throughout America. For more information, visit ICBA’s website at www.icba.org.