Because we have such a charitable team of employees, we are starting a new tradition based on giving in December 2014

Between September 11th and Veterans Day, F&M Bank employees donated to support our troops, and in exchange, had the opportunity to wear jeans on Fridays. From the contributions of over 150 employees, and from the Bank’s first-ever sponsored clay shoot at the Flying Rabbit, we have raised over $2,700, beating our original goal of $2,500!!

Because we have such a charitable team of employees, we are starting a new tradition based on giving. Employees have nominated 12 local non-profit organizations to contribute to between December 2014 and December 2015. Each weekly donation, in exchange for casual Fridays, will be tallied up and donated each month to a different non-profit in the City of Harrisonburg, and the Counties of Rockingham, Page, Shenandoah, and Augusta. We are excited to be able to give back to our communities and also enjoy casual Fridays going forward. We hope you don’t mind these dress-down days as they are for a good cause! 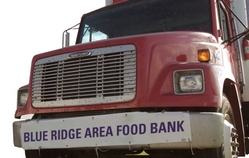