On October 15th, the Virginia Association of Community Banks presented Dean Withers, former President and CEO of F&M Bank, with the Community Banker of the Year award.

Originally from Augusta County, VA, Dean graduated from James Madison University and the Louisiana State University Graduate School of Banking. He joined F&M Bank as Vice President of Loans in 1993 and worked his way through the ranks to become F&M Bank’s President and CEO in 2004. Under his leadership, F&M Bank experienced tremendous growth and success. The bank more than doubled in asset size from approximately $350 million to a current value of $770 million.

During this time, he also expanded the Bank’s geographic footprint from six to thirteen locations throughout the Shenandoah Valley and broadened its service offerings to include a mortgage affiliate, a loan production office, an automotive dealer finance division, and a title agency. This growth and expansion evolved organically without ever requiring a bank merger or seeking a tax payer bailout. The progress can be attributed to conservative decision making, sharp business acumen, as well as a vision of staying true to F&M Bank’s roots.

Over the years, Dean has served as Chairman of the VACB and has committed himself to shaping the community banking industry through his involvement with numerous Virginia Bankers Association committees. Dean has also remained active in civic and community organizations.

In December 2017, Dean passed the torch to Mark Hanna, current President and CEO, but remains active on the F&M Bank Board of Directors. You can often find him around the branches dropping by to visit staff or support their customer appreciation events. Sincere with his efforts to shape F&M as a true community bank, Dean is instrumental in seeing the potential in F&M staff and positioning them for success. Dean is well known at F&M Bank for being approachable, a good listener, and a champion of encouragement for personal and professional growth, as well as the impetus for active community involvement for which F&M Bank employees have come to be known.

Of his relationship with Dean, F&M Bank board member Chris Runion, states, “I have had the privilege and pleasure to work with Dean throughout my career and his support and engagement has been instrumental in our business success. The financial performance of the Bank during Dean’s leadership and his commitment to our community speak for itself, however, I believe his defining attribute is his empowerment of people.”

On behalf of all employees at F&M Bank, we would like to congratulate Dean on this well-deserved accomplishment! Your leadership has been exemplary. 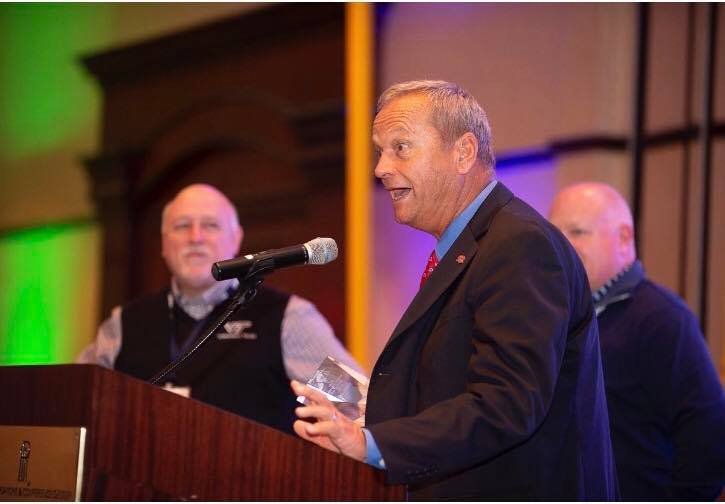