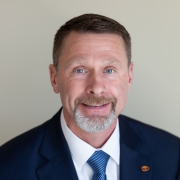 “I am honored to represent our industry and share my experiences as a community banker to help ICBA communicate the positive story of community banking,” Hanna said. “Community banks are trusted relationship-based lenders, invested in the success of their customers and the economic prosperity of their community.”

In addition to helping shape and advocate ICBA’s national policy positions and programs, Hanna’s duties include engaging in grassroots activities in Virginia to promote pro-community bank policies and serving as a liaison between community banks and ICBA staff and leadership in Washington, D.C.

“Mark is a dedicated community banker who is highly respected in his community and by his industry peers,” said ICBA Chairman Robert M. Fisher, president and CEO of Tioga State Bank, Spencer, New York. “We are delighted Mark has accepted this appointment and generously volunteered his time and professional talents in pursuit of creating an environment where community banks, and the communities they serve, continue to flourish.”

About ICBA
The Independent Community Bankers of America creates and promotes an environment where community banks flourish. ICBA is dedicated exclusively to representing the interests of the community banking industry and its membership through effective advocacy, best-in-class education, and high-quality products and services.
With nearly 50,000 locations nationwide, community banks constitute 99 percent of all banks, employ more than 700,000 Americans and are the only physical banking presence in one in three U.S. counties. Holding more than $5 trillion in assets, over $4.4 trillion in deposits, and more than $3.4 trillion in loans to consumers, small businesses and the agricultural community, community banks channel local deposits into the Main Streets and neighborhoods they serve, spurring job creation, fostering innovation and fueling their customers’ dreams in communities throughout America. For more information, visit ICBA’s website at www.icba.org.