F&M Bank is excited to announce the appointment of Rick Williams and Roger Decker to the F&M Bank Augusta County Community Board.

Rick Williams boasts over thirty years in the insurance industry and currently owns and operates R G Williams Insurance Agency, Inc. His broad knowledge of insurance coverages, risks and exposures, as well as his experience working in Virginia government, allows him to serve his insurance clients with unique expertise and insight. Rick handles all farm, business and life insurance coverages for agency clients.

Mr. Williams is an active community member and currently serves on the Buyer’s Committee for the Augusta County 4H/FFA Market Animal Show as well as a Director for the Waynesboro Heritage Foundation and Museum. He is currently serving on the Augusta County Agricultural/Forestal District Advisory Committee. Rick and his wife, Diane, have been life-long residents of the Shenandoah Valley and currently reside in Stuarts Draft. 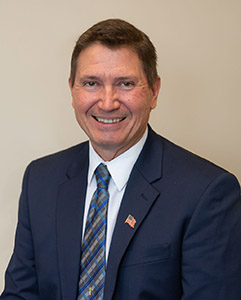 Roger Decker has worked in the real estate industry since 1987 and currently owns and operates Decker Realty in Staunton with his wife, Monya. Roger specializes in the sale of farms and land in the Shenandoah Valley and is typically a top seller of farms in Augusta County. Both he and his wife recently achieved the coveted GRI (Graduate Realtor Institute) designation.

Prior to moving to Virginia from Pennsylvania, Mr. Decker worked as an HVAC designer for four years. He then began working for his family’s real estate development business for seven years. Roger returned to school, received his Bachelor of Science from James Madison University and entered the building industry in Virginia as a Class A contractor.  Mr. Decker has been a licensed realtor since 2002 and broker operating his own office since 2009.

Article from FTC website, by Cristina Miranda; Division of Consumer and Business Education

It’s almost Valentine’s Day. Lots of people have profiles on online dating sites, apps or social media to find “the one.” But that interesting person who just messaged you could be a sweet-talking romance scammer trying to trick you into sending money.

In a sea of online profiles, romance scammers can be hard to detect. But, there are signs you can look out for. Romance scammers start by using someone else’s identity to create fake profiles. They’ll send you flattering messages to make a special connection, say all the right things, and gain your trust. They might claim to be a doctor, a servicemember, or an oil rig worker living overseas. They want to make future plans with you. But then, something comes up and they ask you for money to help them out. Which nearly always means asking you to buy gift cards (and give them the PIN, so they get the cash), or wiring them money.

Here’s the thing: Never send money or gifts to a love interest you haven’t actually met. It’s a romance scam.

For more information, read What You Need to Know About Romance Scams. And check out this video.