This modern and clean design allows you to swipe, scroll and flip through your tiles to gather information or take action. The dashboard can be customized – change tile size, move them around, add tiles you find useful, or remove tiles you don’t. Customize your dashboard based on the way you like to bank and the features you most frequently use.

Here’s what you can do in online and mobile banking:

Turn your debit card on or off at any time, report it lost or stolen, re-order your card, or activate it!

Quickly switch between different accounts you manage. Transition from your personal to business account, or if you’re on a shared device in a household, you can easily flip back and forth between account users.

Your message center is a hub for banking and institutional alerts. Your messages will flow into this tab.

An overview is available on the dashboard but select an account you’d like to view and experience our new and improved features! Your transaction history loads like a Twitter or Instagram feed – quickly scroll through your debits and credits. Improved search results allow you to find a transaction quickly! As you begin to type in the search bar, results automatically populate like the Google search engine. You can also tag a transaction to categorize your expenditures and add notes, as well as images (like a receipt), to your transactions.

A straightforward way to easily move funds between accounts. Select your accounts, enter the amount, and click submit! You also can schedule future transfers as well as set up the frequency (once, weekly, monthly).

Enroll your account(s) in Remote Deposit Capture and easily deposit your checks from the comfort of your home!

Send money to a person or company through our payments feature. Once a payee is established, quickly send funds through standard delivery or rush payment. You can even schedule payments for the future. New person to person payment options will be coming in February, so stay tuned for that announcement!

When logging in to the new experience for the first time, you will go through a quick introductory tutorial. If you’d like to access this at any point in the future, you can visit your account settings.

Logging in for the first time?

Both a light and dark interface option are available. You can select that in your online banking settings; however, the platform defaults to the light option. As you can see, the new platform provides a clean and modern look enhancing the user experience. 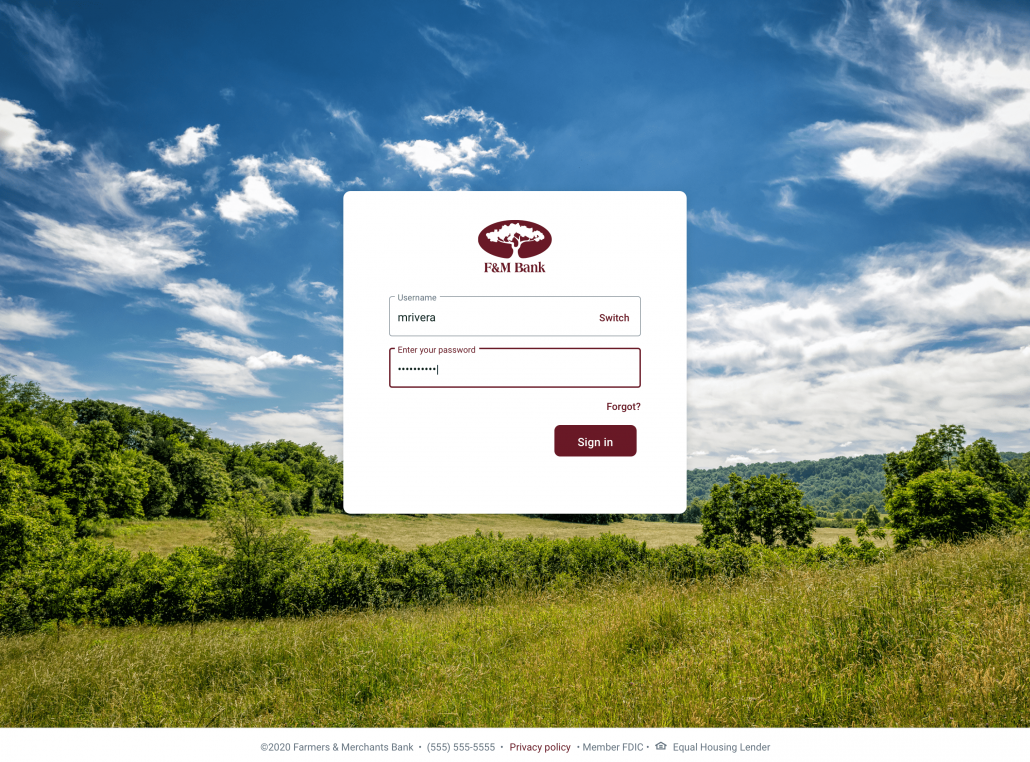 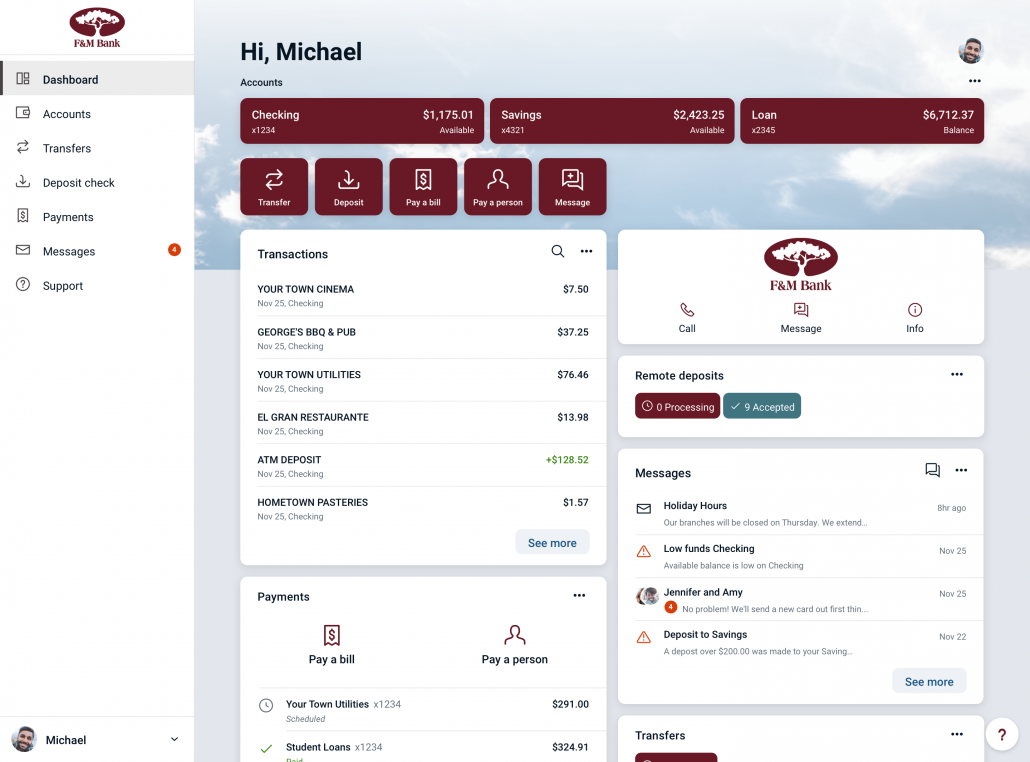 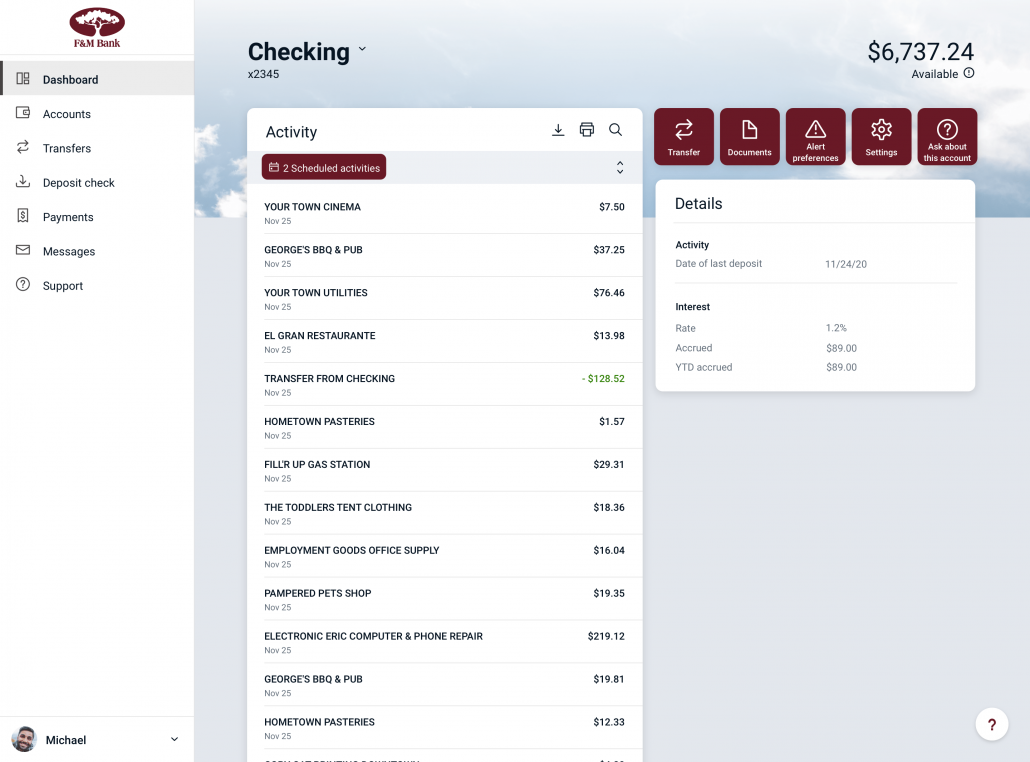 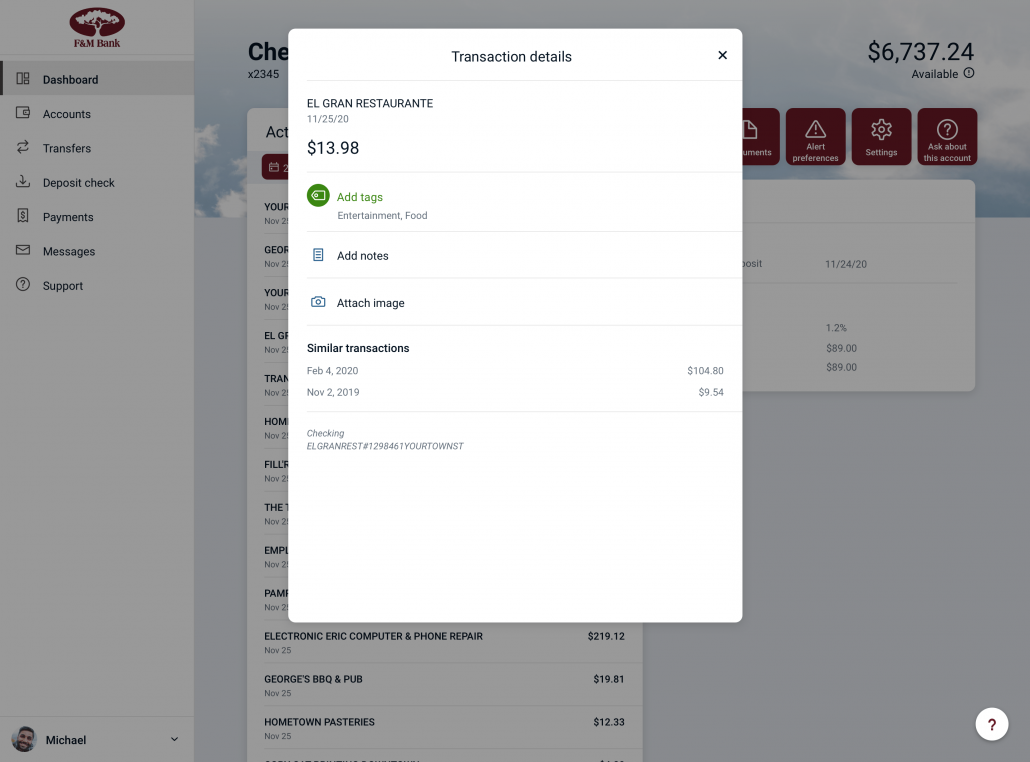 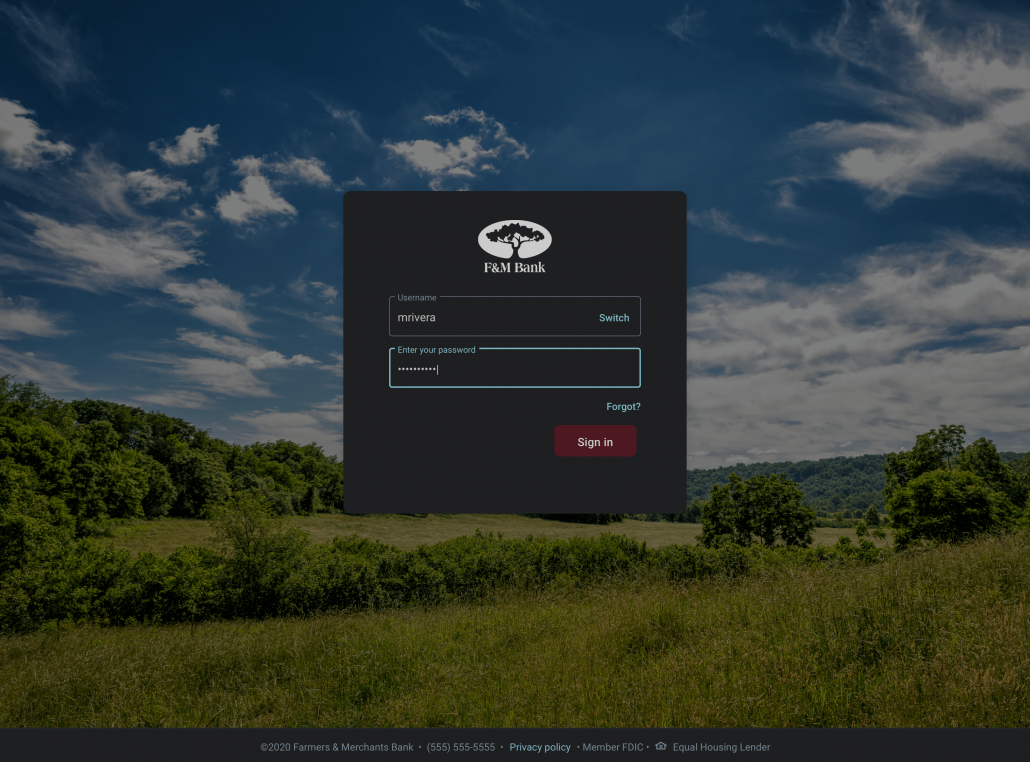 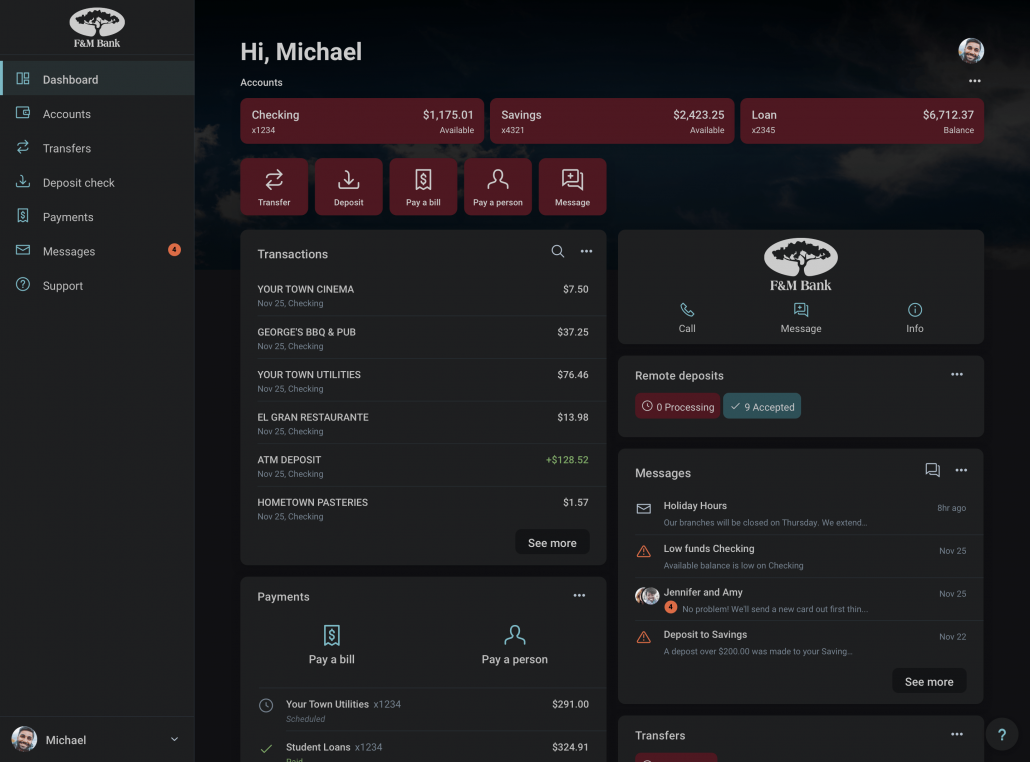 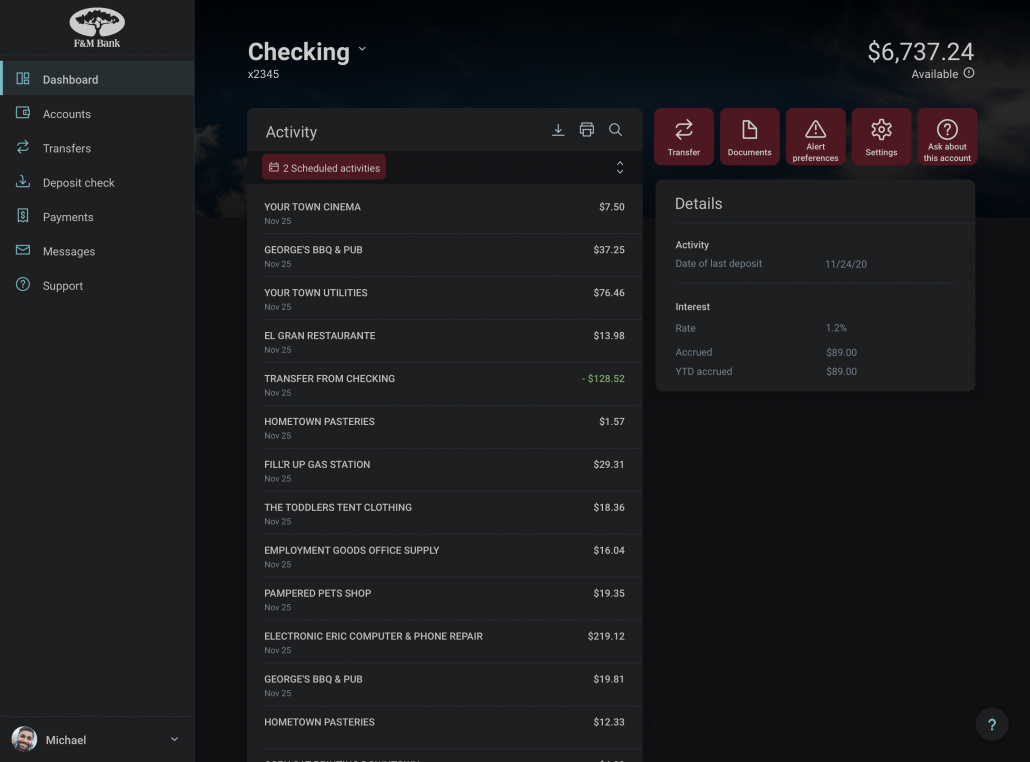 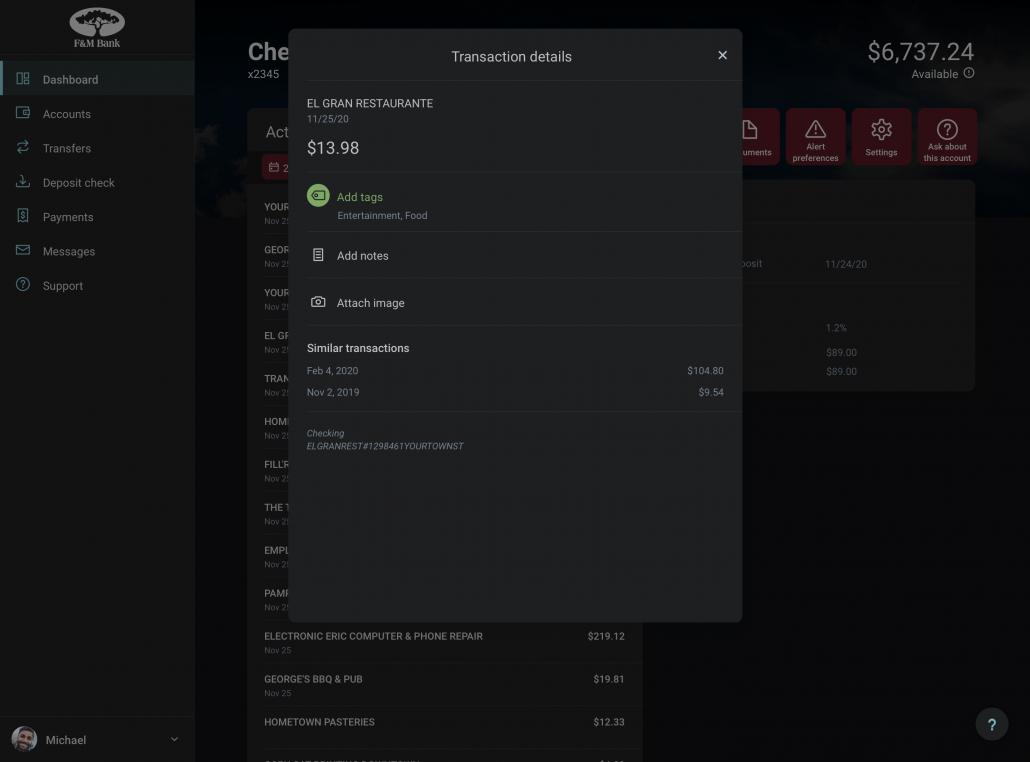 Both a light and dark interface option are available. You can select that in your online banking settings; however, the platform defaults to the light option. As you can see, the new platform provides a clean and modern look enhancing the user experience. 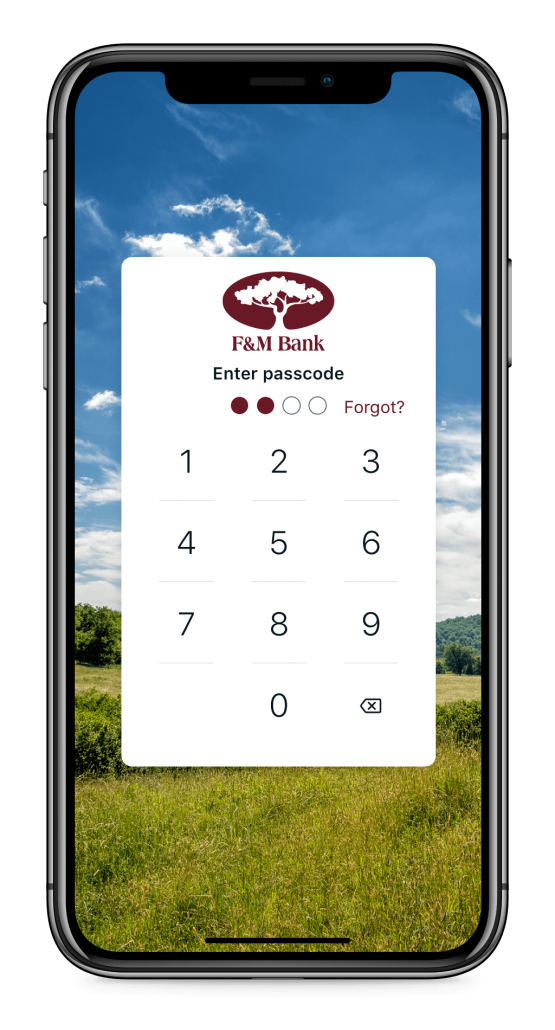 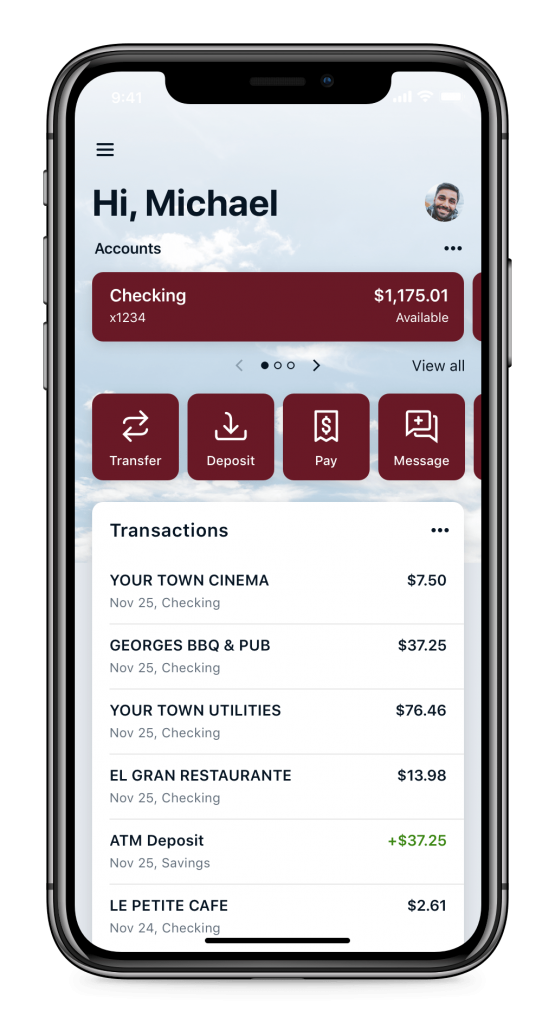 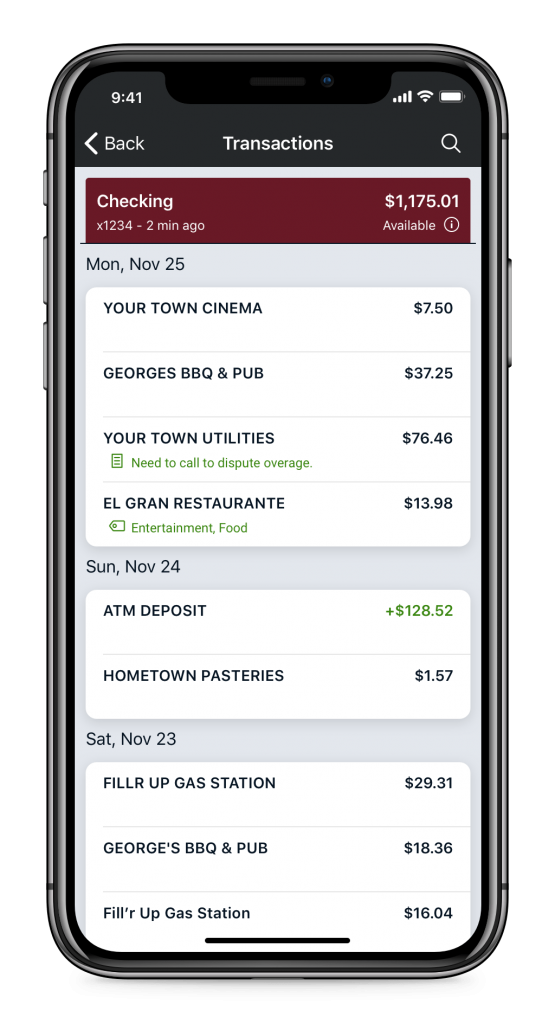 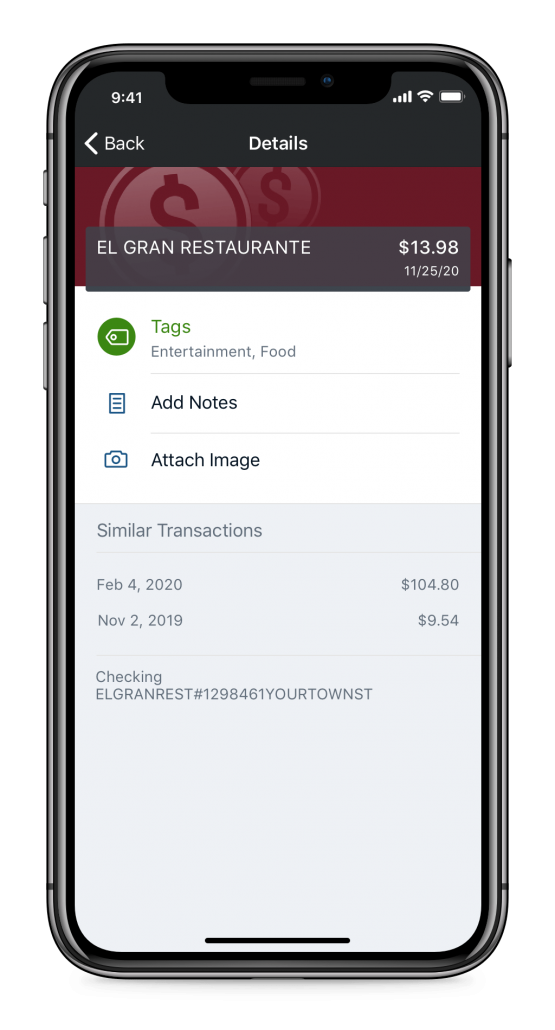 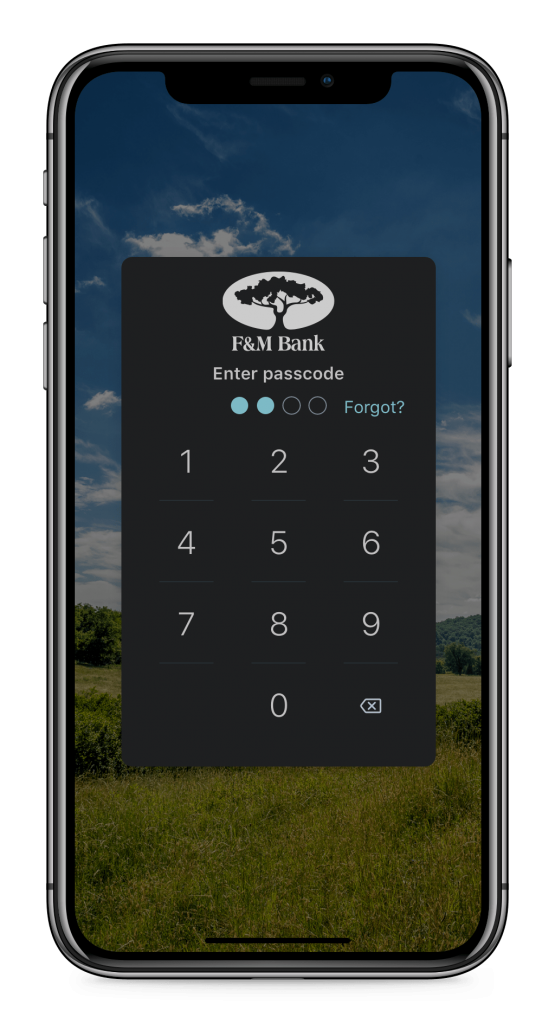 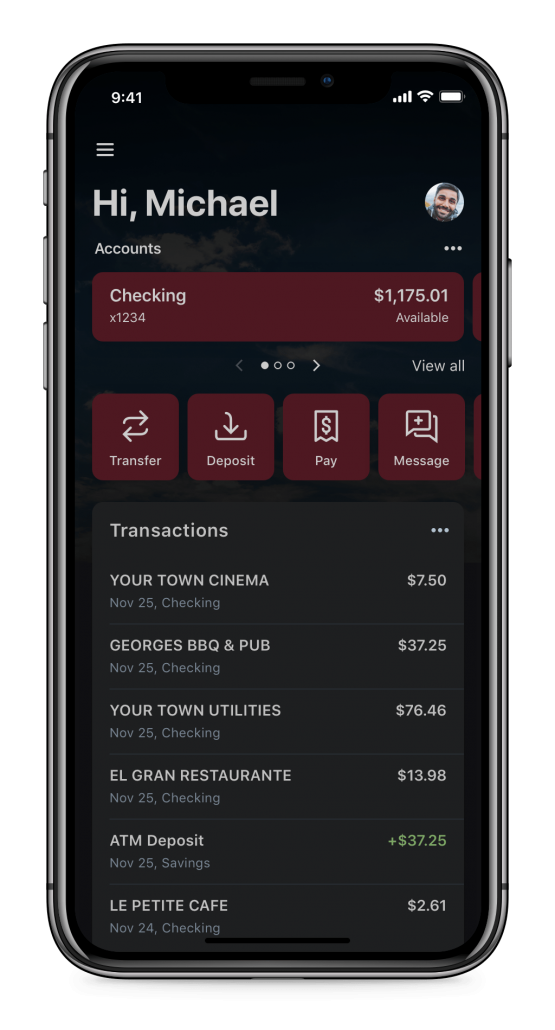 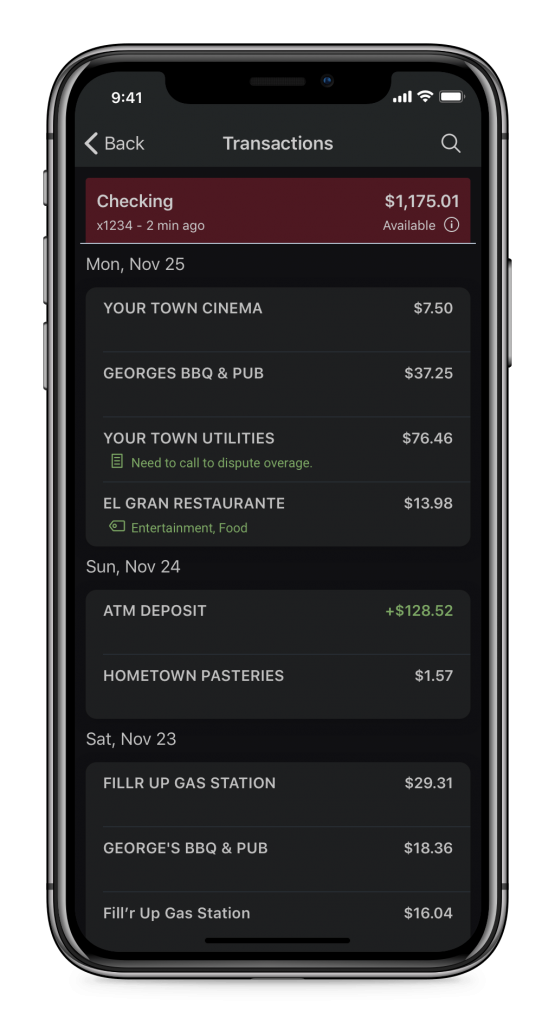 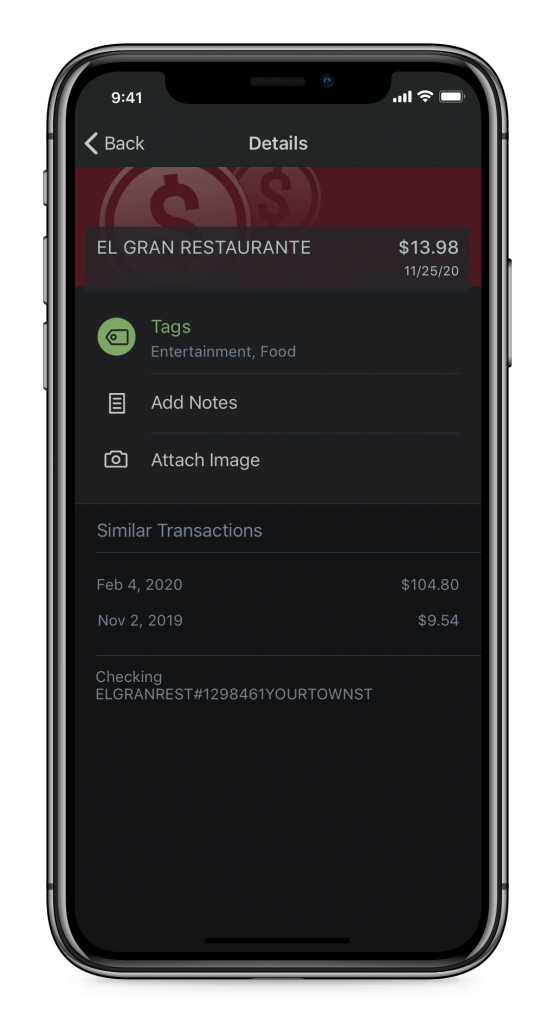 Will I need to enroll?

No. If you are a current online or mobile banking user, you will not need to re-enroll. You will continue using your Online Banking ID and Password.

How do I login to online banking?

The login process remains the same for online banking. Enter your Online Banking ID in the login bar at the top right-hand corner of our website. Additionally, you can access online banking directly by visiting accounts.fmbankva.com.

How do I login to mobile banking?

You will need to install the new F&M Bank – VA mobile app to access your accounts on January 5, 2021. Your Online Banking ID and Password will remain the same when logging in on the new app.

To support the security measures we have in place to keep your data safe, we require the use of a modern browser. Online banking is supported by the following browsers:

Microsoft Edge
Microsoft Edge will be supported at the latest version only. Access may be denied to older versions 60 days after a new version is released.

Google Chrome
Chrome should automatically update and major updates are released approximately every 12 weeks. If Chrome is two versions older than the current
stable channel version, access may be denied.

Mozilla FireFox
FireFox should automatically update. If FireFox is two versions older than the current stable channel version, access may be denied.

Apple Safari
Safari currently only sees major upgrades during the fall. Access may be denied to older versions 60 days after a new version is released. However this change requires that the new Safari version is available on both MacOS and iOS devices.

To support the security measures we have in place to keep your data safe, we require the use of a modern operating system.

iOs – Version 11 or greater is required.

Android – Version 5.0 or greater is required.

My "remember me" login function isn’t working. Why?

The login flow of our new platform allows users to opt in to “remember me” functionality. However, there are certain cookies or browser extensions that can cause the “remember me” check to fail upon next login. First, be sure you are using the browsers mentioned in the question above. You should also try clearing your cookies or browsing history. If you exhaust all options and are still experiencing issues, please contact our Customer Support Center at 540-896-8941.

Aggregators that pull in your digital banking information will most likely be impacted. These are tools that you have enrolled in outside of our digital platform (Mint, for example). Due to the nature of how aggregation technology works, many of these will resolve on their own and be updated quickly. If not, try re-entering your Online Banking ID and Password.